In the land where the Sun sets and good men are plagued desperadoes who follow their own justice, the Dominant Seven patrol the palates of those who seek a more civilized life. 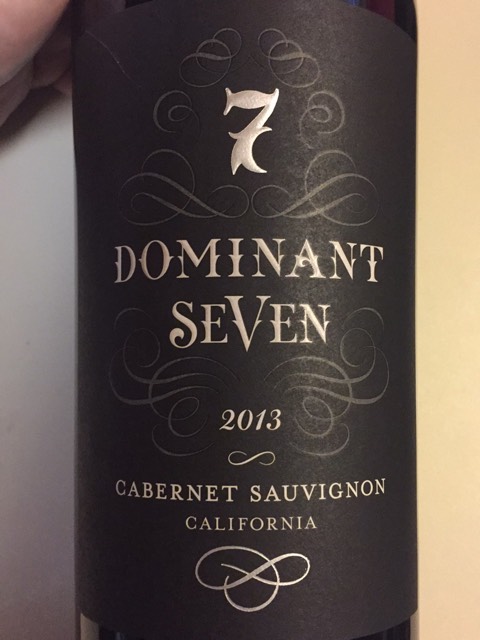 I strolled into the local watering hole and asked for something strong. The day had been long and I needed to wet my whistle before going home to the little lady. The bartender was new and handed me a glass of something he called “wine”. It was as thick as the air in Houston on a summer’s day. He must be new. It won’t be long before one of the desperadoes teaches him good.

Not one to complain, I picked up the elixir and looked at it. It was dark, really dark. I reminded me to the way the night sky looks when there is a dusty storm in a full moon on a cool Amarillo night. You know…kind of red, kind of purple.

I held it up to take a smell. It reminded me of the perfume Miss Kitty would wear when she wanted to get my attention on a lonely night. She said it was black cherries and berries, a little spicy. I had to take her word on it. Good fruit was hard to come by here, so I had only had it a couple of times as a kid.

I took a drink of the “wine” as Bartender called it. It sure as shit wasn’t whiskey, but it wasn’t bad either. I could actually remember the taste of those cherries I had as a kid and it was a little spicy. Unlike my whiskey, it didn’t stay around long after I swallowed it but that’s okay. That nosy Bartender told me it was full bodied, but what I thought of the body was none of his business. All I could think about while I drank the wine was how much I wanted a good ol’ fashioned steak.

As I got on my horse to head back to the homestead, my hankerin’ for steak hid like a prairie dog on a shootin’ range as I saw the desperadoes go into the bar. The typical ruckus started. I reckon that they didn’t like the wine the Bartender offered. Shots fired. The desperadoes ran out of the bar like a stampede of wild horses in a thunder storm. The Bartender stood there watching with a shit eatin’ grin. “The Dominant Seven thank you for your patronage.”

I like this Bartender. I think I’ll pay him a visit tomorrow.

My name is Stuart and I'm the owner of Wine on the Dime. Thank you for checking out my site. I hope to see you drop by more often!